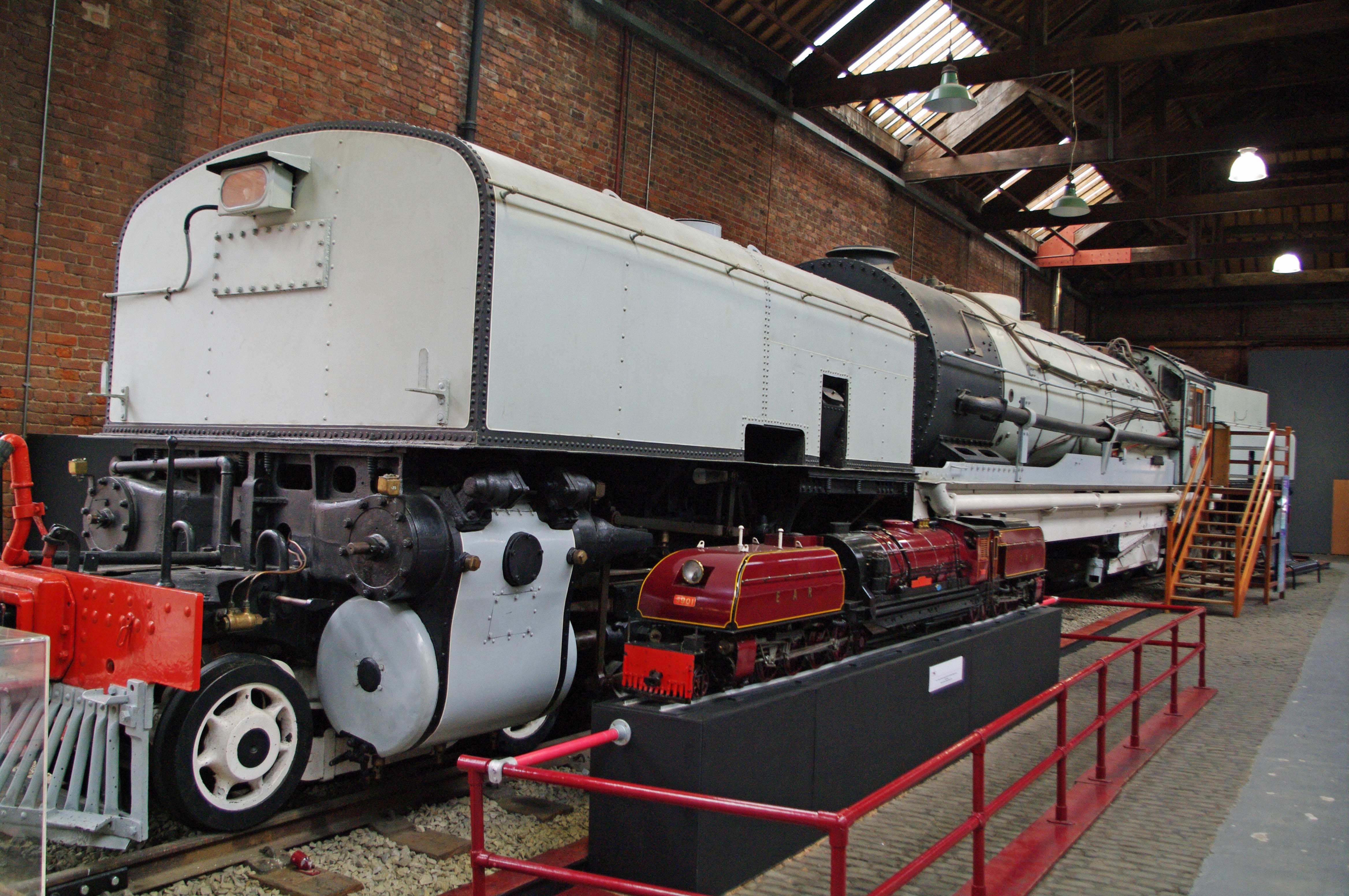 In 1929 and 1930, the South African Railways placed an order for eight Class GL Garratt articulated steam locomotives with a 4-8-2+2-8-4 Double Mountain type wheel arrangement in service. Built at Beyer, Peacock and Company‘s Gorton Foundry, they were originally designed to work on the Durban to Cato Ridge section of the Natal mainline.

The Class GL had its origin in the steady increase in loads experienced by the Natal mainline in the years prior to the First World War. The old Natal mainline had gradients of 1 in 30 whilst the newer line, relocated to provide an easier route, still had 38 miles of near-uninterrupted 1 in 66 gradients. Moreover, the tight curvature of the line with curves of as little as 275 feet radius precluded the use of large, long wheelbased, non-articulated locomotives and restricted them to a coupled wheelbase of 9 feet. These factors combined with ever-increasing train weights ensured that the line rapidly became a bottleneck.

The Class GL was eventually displaced to the route between Glencoe and Vryheid before spending their final working years operating on the line from Stanger to Empangeni.

In 1947, 2352 was the Garratt selected to haul the Royal Train between Glencoe and Piet Retief while sister engine 2355 hauled the pilot train over the same section.

Of the eight locomotives, only the first two survived. 2351 Princess Alice is preserved at the Outeniqua Transport Museum in George.

2352 was allocated to the National Collection of the South African Railway Museum. It was staged at Greyville Loco in Durban at the time and the Loco Foreman at Greyville was asked to prepare the engine for haulage up to Germiston Loco where it was intended to stage the engine. His response was that no engine would leave his Depot under haulage and that he would have it prepared to steam and travel up to Germiston under its own power, which it did in due course.

The development of the planned new museum was shelved indefinitely, however, and the condition of the locomotive gradually deteriorated where it stood at Germiston. Some eight years later, the Museum of Science and Industry in Manchester asked if they could acquire the engine for display in their institution since it had been built in that city by Beyer, Peacock. By the time it was shipped to England, it was shorn of around two hundred parts including its right-hand-side ashpan and much of its brick arch.