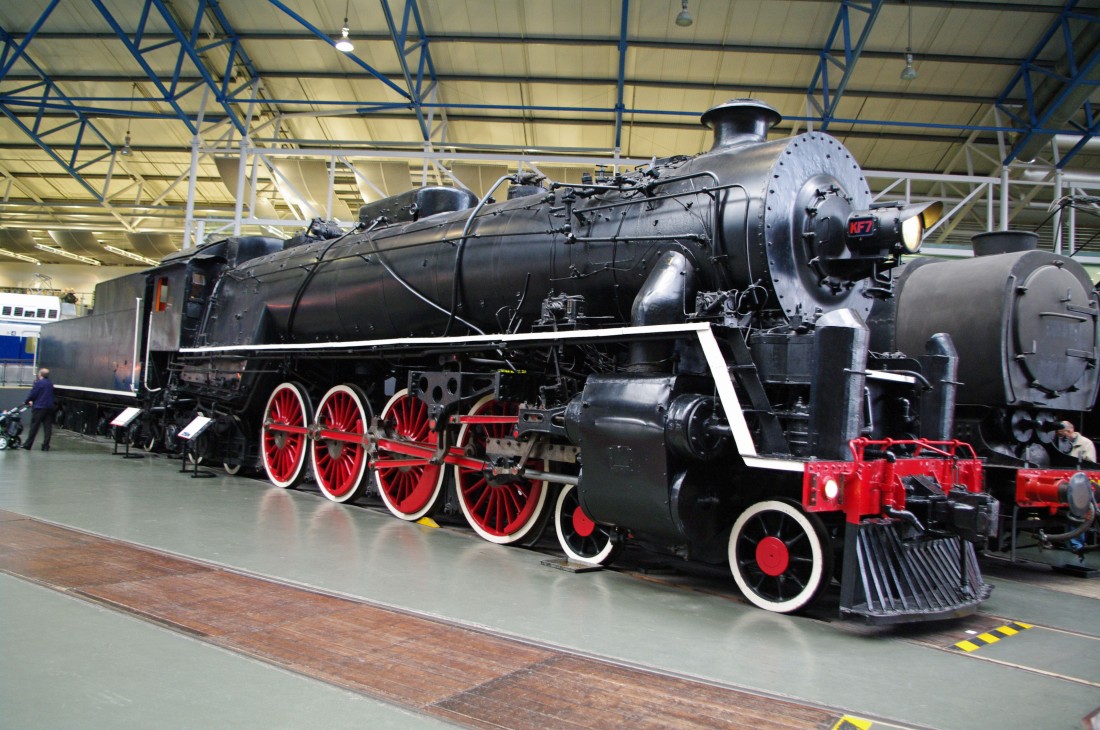 This locomotive is an outstanding representative of the rather unsung achievements of the former British locomotive industry.  It was designed from scratch to meet exacting requirements, ie combining high power with low axle loading, the ability to consume low quality coal having a high ash content, to contend with local chemically poor water supplies, and to operate in climatic extremes, – very low winter temperatures, and high summer temperatures.

The principal designer was Kenneth Cantlie, who was very anxious to incorporate American rather than traditional British design features, particularly bar rather than plate frames, while a mechanical stoker was essential.  The wheel arrangement, 4-8-4, was particularly associated with the USA, where it had only first appeared in 1926, and more recently in New Zealand (1932) on the 3ft 6in gauge.  Very large 4-8-2 locomotives of roughly comparable size, also having bar frames and mechanical stokers, had been built for South Australia by Armstrong Whitworth & Co. in 1926.

At the time, in line with the collapse of the world economy, the British locomotive industry was having a very difficult time with few orders, and this contract was strongly contested, by the five largest builders, North British, Beyer Peacock, Vulcan Foundry, Robert Stephenson, and Armstrong Whitworth.  Under the terms of the Boxer Indemnity Fund it was stipulated that the locomotives should be built in Britain, so at least there was no overseas competition from the USA or Germany.

In 1933, the Beijing–Hankou Railway in China needed new locomotives for their Guangzhou to Shaoguan line, where gradients of around two percent, curves with less than 250 metres radius and low capacity bridges existed. The requirement was therefore for a locomotive with high tractive effort and a low axle load. In 1935 and 1936, 24 (including 607)  600-series 4-8-4 locomotives, designed and built in the United Kingdom by Vulcan Foundry (Works No 4674), were delivered to the railway. The locomotives represented a significant improvement over previous designs and incorporated a more efficient E-type superheater and duplex steam valve to allow better steaming without enlarging the boiler, while the 4-8-4 wheel arrangement allowed better weight distribution.

When the Changsha-Guangzhou Railway was completed in October 1936, the locomotives were transferred to operate over the northern section between Hankou and Changsha on this new mainline, which connected Guangzhou with Tianjin and Peking.

Following the establishment of the People’s Republic of China, the locomotives were designated the China Railways KF class. Some of the locomotives survived in service until the early 1970s.

The locomotive returned to Britain in 1983 as a gift from the people of China.